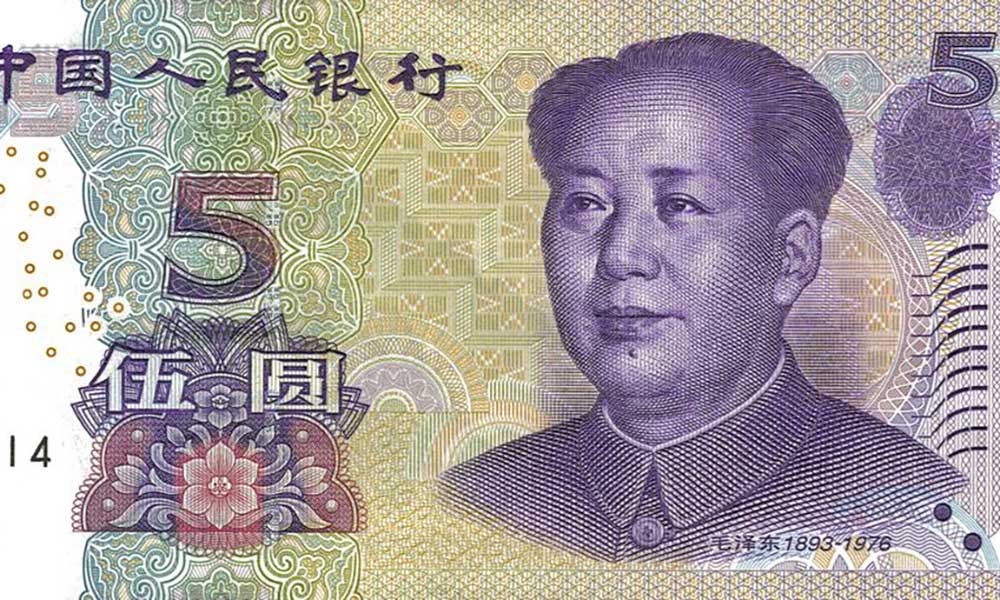 A Much Weaker Chinese Currency?

Only three trade war updates today worth mentioning, all of which should leave markets brimming with optimism. First, it has been reported that China has hacked 27 US universities to try to steal maritime defence technologies. Second, Zhang Shan, China’s Commerce Minister, has described the negotiations in Washington as “very difficult and very hard…There are significant differences between the two countries systems, culture, and development stages.” Third, US Secretary of State Pompeo stated Trump will walk away, just as he did from North Korea, if the proposed US-China trade deal is not “perfect”.

For optimists, the good news from China’s “twin sessions” so far is a promise to purchase more US goods, a line on intellectual property protections, and moves towards some form of new foreign-investment law. For pessimists there is the retreat back into massive off-book fiscal stimulus and a statement banks will have to increase lending to private enterprises 30% y/y this year. There is no way loans to SOEs, which make up 75% of new lending, are going to drop. Hence the 25% that does go to POEs rising 30% is going to mean an 8% increase in total lending even before we get any boost to SOE loans to allow them to roll their debts over. That smells like a mid-teens percentage-point increase in bank lending. Is that going to move the growth dial? Yes – but not as much as before because China is in a rapidly-decaying orbit. This investment-led strategy has failed in other countries before, and it will fail again.

More specifically, where is the bank capital for this new lending surge to come from? From perpetual bonds the PBOC is buying from banks! What is the ratio of FX reserves to M2 going to do as this happens alongside the huge new pledged purchases of US goods? Plunge. And with lower borrowing rates too, that will mean a much weaker Chinese currency unless institutional money starts to flow in and keep flowing in. Can one join the dots to the allegations MSCI was leaned on by China to encourage exactly that development, or is it just a lucky coincidence?

Is it also a lucky coincidence that the Fed are now so committed to a pause they didn’t see coming as recently as December, despite unemployment continuing to tumble and the ISM services survey hitting a level of over 59, much stronger than expected? We’ve just heard Rosengren talk about economic risks needing to clear up if rates are to move at all this year, and Kashkari noting “slack” in a labour market the FOMC argued was tight for ages, and that he was “going to do my part not to screw it up and raise rates unnecessarily.” It’s nice for a layman to understand Fed-speak for once – and the “two sessions” are saying similar things within different systems and culture.

Down in the Lucky Country, it also can’t be a coincidence that Q4 GDP was so much weaker than the RBA had expected it to be just a few months ago. Aussie growth was up 0.2% q/q and 2.3% y/y, the latter vs. 2.6% expected, far below the permanently sunny heights of 3% the RBA expects Australia to stick to because some economist’s Excel model somewhere says so. Q1 is going to be worse, in all likelihood. Nonetheless, the Reserve Bank have just stated at their March meeting once again that they live in hope of all being well, and CPI, wages, and growth magically picking up again. Today Governor Lowe spoke on the housing market, and asked: “An obvious question to ask is what are the underlying, or structural, drivers of the large run-up in housing prices and the subsequent decline? There isn’t a single answer to this question. Rather, it is a combination of factors.” Before reading any further, I was thinking “Yes, the RBA and APRA.”

However, it would appear that the RBA is still unable or unwilling to join the dots that it is responsible for this mess. Instead, it is still selling the bogeyman that “…the origins of the current correction in prices do not lie in interest rates and unemployment. Rather, they largely lie in the inflexibility of the supply side of the housing market in response to large shifts in population growth.” Has the Aussie population suddenly started to plummet? Is that why house prices in Sydney and Melbourne are going off a cliff? I thought it had been firmly established that it was due to banks lending 10 times salary for new mortgages in the view prices could only go up, and they’re now being forced to lend more responsibly?

Lowe then comes to his triumphant conclusion: “Taking these various considerations into account, the adjustment in our housing market is manageable for the overall economy. It is unlikely to derail our economic expansion. It will also have some positive side-effects by making housing more affordable for many people.” If Lowe is right, he is a hero. If this is his “Sub-prime is contained” moment then rate cuts, QE, and a collapsing AUD will follow. And Lowe will move on to give after-dinner speeches for $250,000. The Lucky Country indeed (for some).

This article was originally written by Michael Every of RaboBank.