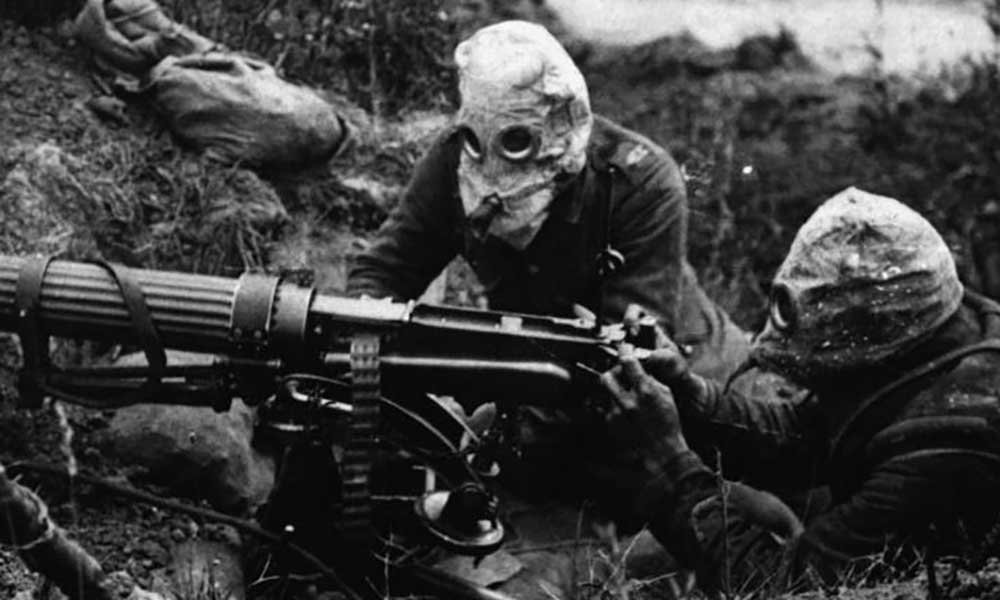 Veterans Day in the United States was created to commemorate the veterans of World War I. This year Veterans Day also marks 100 years since the end of the war to end all wars.

As Statista’s Sarah Feldman notes, World War I became known as the war to end all wars due to how deadly it was to those who went into combat. The advent of mustard gas and chlorine gas along with trench warfare, made the casualties rate much higher than previous conflicts.

Casualties are defined here as soldiers who were killed, wounded and captured or reported missing during combat. 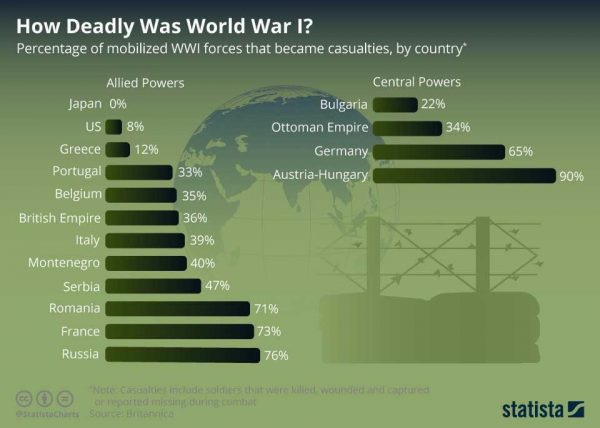 You will find more infographics at Statista

On the Allied side, Russia and France shouldered the most causalities with about three-quarters of their mobilized forces succumbing to causalities.

This article was originally published by Statista.